The official website designed and built by Cocept was the publishing platform for the campaign’s viral video.

The campaign was publicised through tight integration between it’s website and social media sites, along with more traditional exposure like newspapers, radio and TV.

The short term lifecycle and viral nature of HappyVoting meant the project posted some unique challenges: 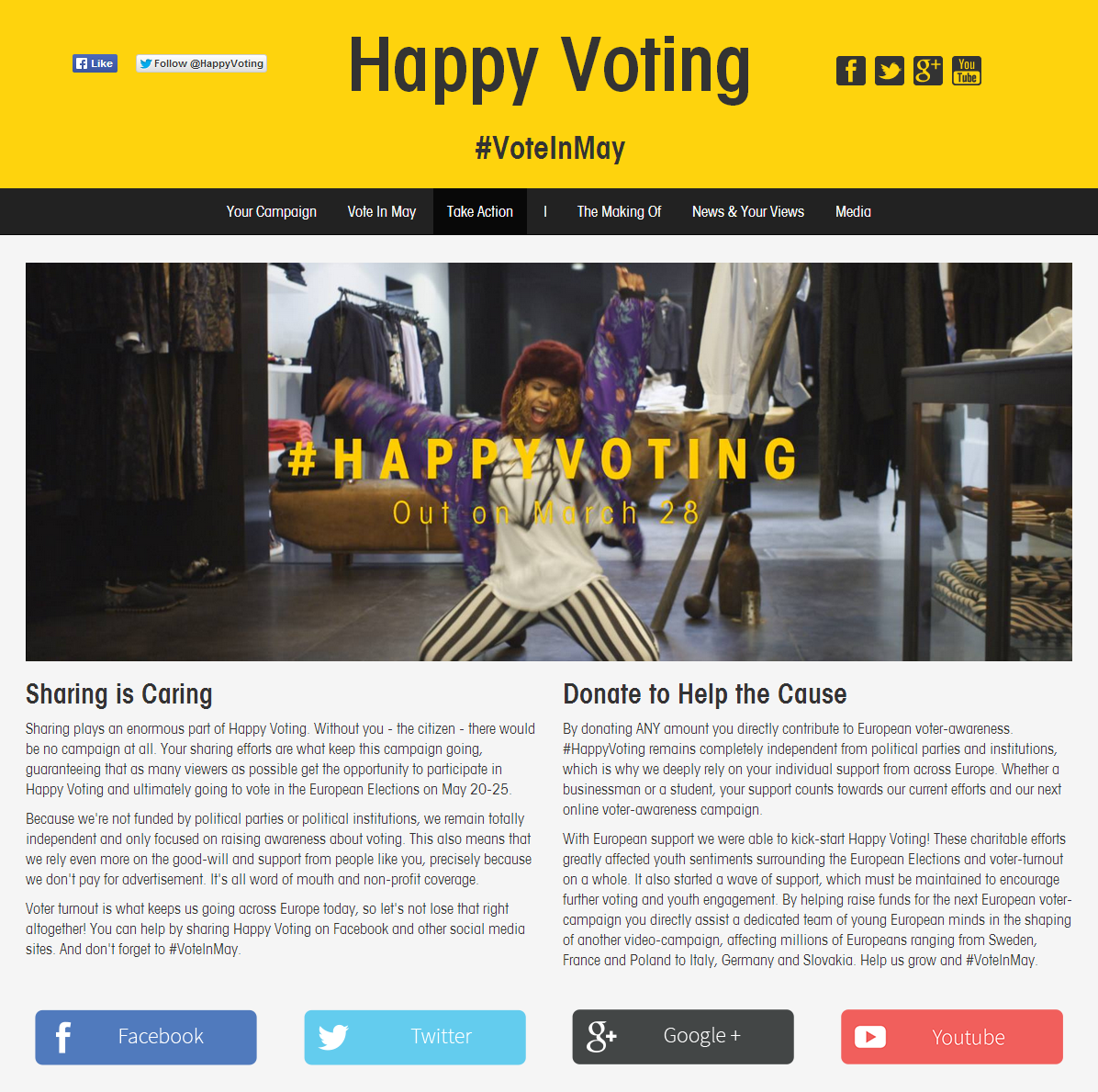 This ensured a healthy spread of traffic sources from all around the continent, visibly contributing to the international scope of the campaign:

Cutting edge elastic server technology was exploited to provide infrastructure that would automatically grow and shrink in capability as the traffic to the site grew and receeded.

The site architecture was designed from the ground up to be optimised for distributed content delivery, helping us achieve break-neck site browsing speeds.

The website had to be able to grow and evolve with the campaign. To achieve this within the 1 week deadline, external services were made use of as publishing platforms and then integrated into the website.

Tumblr and Twitter feeds provided my client with a tried and tested interface from which to post about the campaign. The posts were then featured in real-time on the website.

In December of 2013 desktop and mobile devices accounted for 38% of all UK web traffic. On top of that, 60% of social media traffic comes from mobiles or tablets.

To optimise for our visitors coming from social media on their mobiles and tablets, the HappyVoting website was built to be fully responsive, adapting itself for a pleasent browsing experience on smaller devices. 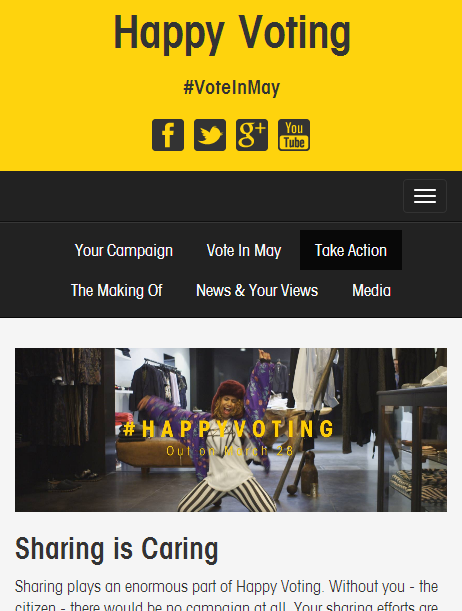 The campaign was a huge success. The video received close to 100,000 views and sparked hot debates among it’s viewers. It succeeded in raising voting awareness among young voters all accross Europe.

A lot of buzz was created online through viral word of mouth, which carried over into traditional publishing industries like TV and radio where the campaign was featured internationally.

Here you can see the distribution of traffic sources between direct traffic, social sources, referral and organic search. Social media clearly played a huge rule in the campaign’s diffusion throughout the continent:

The creator of the campaign Samuel Doveri Versterbye from Plus Campaigns is involved in other projects promoting yough voter turnout. He expects to release a sequel to Happy Voting in a similar style next year.

Get our monthly newsletter with tech tips for business professionals

Stay in touch by subscribing to our newsletter